The Wicked Witch Looks at 40 (Decades)
by Janet E. Sever

The wicked witch business wasn’t what it used to be. It had been such a simple thing, to lure children with candy; back in the old days when candy had been hard to come by...

Drabble- The Moth
by Zac Alexander

Music by - The Season of Us, Gringo Motel, Palestrina, Debussy, The Noisemakerz

This week's episode gets my vote for tops overall. Beginning with Sir Tweedy's great cover; on to a top notch drabble by Zac Alexander in which I found another argument for the existence of God in the fact that Gregorian Chant sounds so awesome in outer space. Janet Sever's story was excellent, right down to the astute observation that children taste much more like pork barbeque than beef barbeque. The outro CitiBank tag was typical Sherman nice touch.
My only regret is that I can't go back and take Liz' science courses. My life might have turned out so different. I might have been a mad scientist instead of a mad humanities major.
Never judge anyone until you have biopsied their brain.

Sadly, I can take no credit for the cover this week.

I'm actually surprised there is an episode this week, since it makes 3 released in 5 days. I guess no one told Norm what "vacation week" is supposed to mean.

Advertise in this space!
Top

Great episode guys! A very nice humor piece! The drabble was good too. (Geez, you'd think my spellcheck would have learned "drabble" by now.)
You're my quasi-ichthian angel, you're my half-amphibian queen...

Ahhh, career change can be a bitch. Especially if you have to give up delicacies like, say, children served w/ bearnaise sauce.

That was a fun story! I had a good chuckle at the Palin knock, among other things. Surprised to see so little comments on it so far, but I guess we have had a lot of Drabblcast thrown at us lately it seems (lucky us!), maybe people are catching up.

Oh yah, and great Drabble this week too.
Top

This is my favorite episode since Out of His League. Lite, funny, and well written. Really enjoyed Norm's pre-teen rapin' trick or treater. Although I would have liked the kid to have gotten eaten. 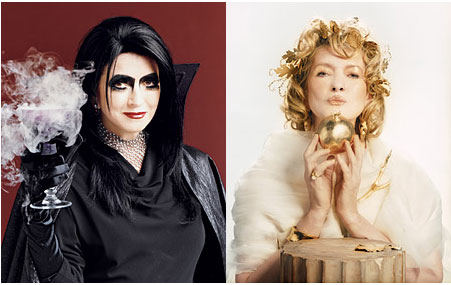 It somehow does not surprise me to see Martha drinking liquid nitrogen...


I liked this story. Fun, but forgettable. My favorite part was the tricker-treater rapper with the black squirt gun. It was also pretty funny to hear the witch lament the lax manners of her recent meals.
Advertise in this space!
Top

This is one of my favorite stories in some time. It didn't do any heavy lifting but was just a lot of fun and very well produced and read by Norm. Loved the nonchalant handing of children consumption.
Top

Klatu barata nicktu? Really? To clean the house?
Never judge anyone until you have biopsied their brain.

"Be kind, for everyone is fighting a hard battle."
Known Some Call Is Air Am
Spoiler:
Non sum qualis eram = "I am not who I will be"
Top
Post Reply
10 posts • Page 1 of 1