That sounds very hot indeed, but one of us lives in the wrong state. I'm willing to admit it might be me.
Dribblecast: A Community-Driven Podcast | Troll Jammies

StalinSays wrote:I continue to vote Mongoose last - she's a shoe-in, whatever false panic might arise here. Look at that poll at the top of the page - it is a mighty spire of Mongoose love. Spires don't lie.

Bo. You kill me. *ahem* Have you not followed the past two rounds of upsets?!?!?


dreamrock wrote: Under the "you should contact me if" section in my dating profile, it says "if you think your velociraptor impression can beat mine."

OKAY Peeps, I'm ALL IN for the GFVTD! I used to prep dinosaurs at a museum and amuse small people about dinosaurs for monies!!!!

(Vote for TARK!)
You can't keep a soul in a box. You gotta wear it proud. It's gotta be yours, not someone else's. -Sing
Top

Have you LISTENED to the podcast? Or I guess they really don't swear, they make fu*BAAAAAAA*ing noises and sh*bwwwawk!*t
You can't keep a soul in a box. You gotta wear it proud. It's gotta be yours, not someone else's. -Sing
Top

Have you LISTENED to the podcast?

Yeah, but that was alcohol fueled. Unless people are at their keyboards drunk, which is something I try to avoid the whole buying the entire Agatha Christie DVD box set and, for some reason, a kettle from Amazon's one-click-purchase option.
Let me through, I'm a colour therapist!
Top

I nearly always bring a bit of swearing to the forum.

I don't really notice when other people do it, so I have no idea if we're above normal or not. I certainly didn't notice any of the swearing in this thread until the subject was broached.

Anyway, even after noticing the swearing, I feel most of it is light and infrequent enough to avoid abusing the privilege.
Dribblecast: A Community-Driven Podcast | Troll Jammies

Oh I'm not complaining. Just pointing out this round seems to be a bit raw compared to the previous two, even when one deserving sheep came last.
Let me through, I'm a colour therapist!
Top

I am at a loss, people. Mongoose is second from last. What the heck is going on?
You're my quasi-ichthian angel, you're my half-amphibian queen...

see, this is why democracy just does not work.
Let me through, I'm a colour therapist!
Top

Mikes wrote:Oh I'm not complaining. Just pointing out this round seems to be a bit raw compared to the previous two, even when one deserving sheep came last.

I'm technically moderator (it falls under the duties of Beast-Master), and we're playing it loose with the content (Mr. Tweedy flew south for the winter). Despite the presence of cartoony monsters, I have yet to stumble upon evidence anyone under the age of 17 views this forum (at least the Mega-Beasts section).

I do understand you aren't complaining - I'm reassuring anyone actually concerned that there is an eye in the sky. If it gets gets beyond the pale, I will edit asterisks in to explicit posts. Sadly we don't have access to Norm's handy bag of barnyard bleep sounds when dealing with this media.


tbaker2500 wrote:I am at a loss, people. Mongoose is second from last. What the heck is going on?

The volatile nature of voting has been a surprise. I'm personally feeling the effects: every time I start to draw one of these critters in earnest, it takes a big dive.

I looked under the hood and our safeguards still hold. As it goes with each maturing MBDM season, people are getting creative with their voting (I saw a vote from the SeaMonkey browser {it's back!}). Rest assured no one individual is straight-up gaming the system, and if I see a blatant hack, I'll dock the votes. The reality is the opinion on the forums differs from the wider, wilder world of site voters. Recruit some friends, disseminate. It is still the best way to "cheat," and honestly the whole reason we do this (marketing).

Oh, and the fact that a first place vote is worth '8' versus the normal '3' has as much to do with the jumps as anything else. Gotta hold strong for your chosen champion.


jannypie wrote:Bo. You kill me. *ahem* Have you not followed the past two rounds of upsets?!?!?

The past two rounds weren't "upsets," they were "happies" - I got exactly what I wanted.

But yeh, I'll give Mongoose more voting consideration. As the spire grows so does the voting gap on megabeasts.com. The spire is capable of telling lies.

Some also-rans from the author beast round - figured I'd share. It was originally to be a round of twelve before I decided that amount to be excessive.
Instagram: @Bokaier | Twitter: @BoKaier | Vine: @BoKaier | Tumblr: bokaier.tumblr.com
Top

Bo, if Mongoose isn't in Round 3 and Narwhal makes it, will you ever be able to forgive yourself?
Knowing that you could have helped prevent such a travesty, yet, like Luke, you're so hell bent on voting for the under-whal/choosing the path less-taken/trying to get indi-cred that you end up making a terrible, terrible mistake?
Now, I like crazy-eyed old men that can probably predict giant meteors as much as the next guy, but imagine if you people had actually gotten Ron Paul elected President. After one term things would be so frikkin screwed up that we'd all be able to predict giant meteors-- cuz meteors would be all like "daayum, I'm stayin away from that messed up blue one. That junk is whack yo!"

We are at the precipice of such a moment my friend. Yet you stand by and say "it could never happen to us, someone will stop things before they ever reach such a point!" You say, on the very day that Mongoose is about to be destroyed by a $#&@%%in' regular ol' Narwhol and a ^%#*@in' intriguing-yet-still-mostly-regular lil' duck that you'll just give Mongoose "more voting consideration"? Does that mean you'll vote him #6 instead of #7? Or that you'll just consider him for a moment and then vote him #7 again? harumph, I say! HARUMPH!

A duck vs. a gregarious narwhal vs. a giant wobbling mer-mech? Really people? Is this what the deathmatch has come to? Is this really what you find worthy of presenting to a flying invisible retarded minotaur for mortal combat?

Well my friends, I for one am not content to just sit around while pseudo-socialists with sandals and long-sleeve-shirts-underneath-their-tshirt-wearing hippies like Bo and Luke flaunt their empty alternate "tortured idealist" Starbucksian Skim-Latteology just to score with a few semi-hot angsty chicks with black hair and bangs that happen to be into dudes who wield one or two big words while walking one or two small dogs. No sir (sir, because I'm clearly addressing the leaders out there among you.)
Ol' Norm's gonna figure out how to hack this bitch. Oh yah. I said it.

...now, if only I could find the 'hack' button on this macbook...
"Give us all some Jelly"
Top

I've been voting Mongoose #1 or #2 throughout, but I gotta say it's the most unenthusiastic vote I've made thus far. If Mongoose makes it into the competition, then she's the obvious winner of this round. After that she's got Duck's temperment and maybe some Merfolk tech or a bag of Uncle Smarmy's tricks. That's it. Game over, man. 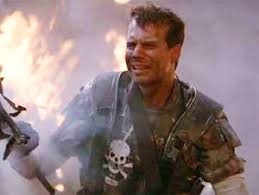 StalinSays wrote:But yeh, I'll give Mongoose more voting consideration. As the spire grows so does the voting gap on megabeasts.com. The spire is capable of telling lies.

We all suspect you have voting resources worthy of a California-sized electoral college, so by voting Mongoose last, you are essentially (i only put that last sentence so i could use a barnyard bleep)
----
Reality is stranger than fiction... except on The Drabblecast.
Top

What's a chicken block?
Let me through, I'm a colour therapist!
Top

I think it's the piece of wood you hold a chicken against right before you cut off its head.
Top

Well peeps, I've done the most voting I have access to. I'm with Norm on this one. A Narwal Vs. a Duck?
This is going down as the lamest round ever.
You're my quasi-ichthian angel, you're my half-amphibian queen...

gah! adam and i goin comp to comp had Mongoose at 3, and then Narwhal exploded again. How can this be? Who is responsible? Show thyself demon!
"Give us all some Jelly"
Top

Don't look at me, I just placed a few Tark/Mongoose/Smarmys.

(I am prolly the one 'cheating' with seamonkey though!)
You can't keep a soul in a box. You gotta wear it proud. It's gotta be yours, not someone else's. -Sing
Top

Some anonymous person is having fun with us. I think the forum shows that if mongoose doesn't make it, there is going to be a revolt.
You're my quasi-ichthian angel, you're my half-amphibian queen...

I've already got my pitchfork and torch ready.
Let me through, I'm a colour therapist!
Top

I think the poll simply shows that most forum members felt an early affinity for Mongoose.
The website indicates that people's minds may have changed during the course of the campaign.
Besides... there's still time for the tide to change.
Top
Post Reply
150 posts